The OPEC+ on Thursday that the cartel was extending production cuts shocked the markets. OPEC+ had been widely expected to raise production output by 500,000 barrels per day. Instead, OPEC+ took the opposite route and decided to extend production cuts. This means that OPEC+ is holding back some 9.2 million barrels from the market each day, until at least the beginning of May.

Predictably, oil prices shot higher after the surprise announcement. jumped 4.84% on Thursday, its highest one-day gain in two weeks. With an additional gain of close to 1 percent on Friday, Brent crude punched above the USD 68 line for the first time since January 2020. has shown a similar jump, as oil prices are showing positive momentum.

The sharp gain in oil prices on Thursday sent the higher, as the currency dropped to 1.2575, its best showing against the US dollar since Feb. 25. However, the gains would prove to be shortlived, as USD/CAD easily recovered and erased the loonie’s gains by the end of the Thursday session. Still, the Canadian dollar’s adventure on Thursday is a reminder that the currency is strongly dependent on oil prices, as Canada is a major oil producer. Although the Canadian dollar was unable to consolidate these gains, higher oil prices should be bullish for the currency.

We could see further volatility from the Canadian dollar in today’s North American session. The US releases (15:30 GMT), with a street consensus of 197 thousand. There are concerns that a weak report earlier this week could be repeated, but the ADP read should not be considered a reliable forecast for the official NFP report. As well, Canada releases (17:00 GMT). The index has been accelerating and the forecast stands at 49.2. A reading into expansion territory (above the 50-level) could boost the Canadian dollar. 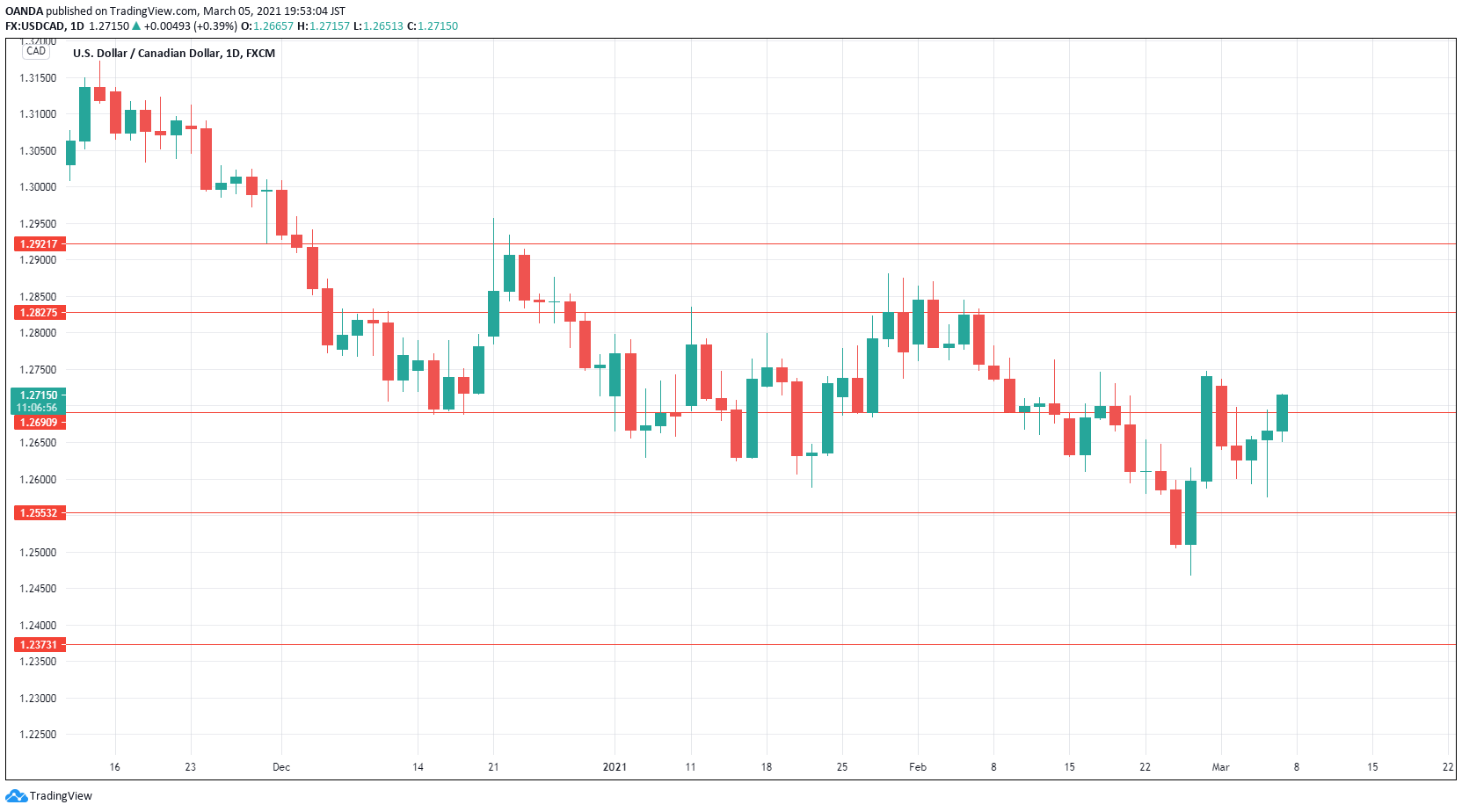