For non-UK citizens like your intrepid author (and probably most UK citizens as well), yesterday’s headlines that the UK and EU had agreed in principle to “all issues on withdrawal agreement implementation” seemed like it could finally mark the end of Brexit negotiations. While that agreement is a big step in the right direction, the two sides remain at an impasse over a mutually-agreeable Brexit trade deal for now.

Essentially, the UK and EU have been in parallel negotiations over both a trade deal, which has been more in focus lately, and the implementation of the 2019 treaty over the Withdrawal Agreement and Irish Protocol to avoid a hard border with Northern Ireland. It’s this second negotiation that has now been ostensibly resolved, potentially paving the way for a broader trade deal in the days to come.

Yesterday’s agreement clears one of several big hurdles for a thorough UK-EU trade deal, and ’s price action reflects this incremental progress. The pair has saw a quick 60-pip spike in reaction to yesterday’s announcement: 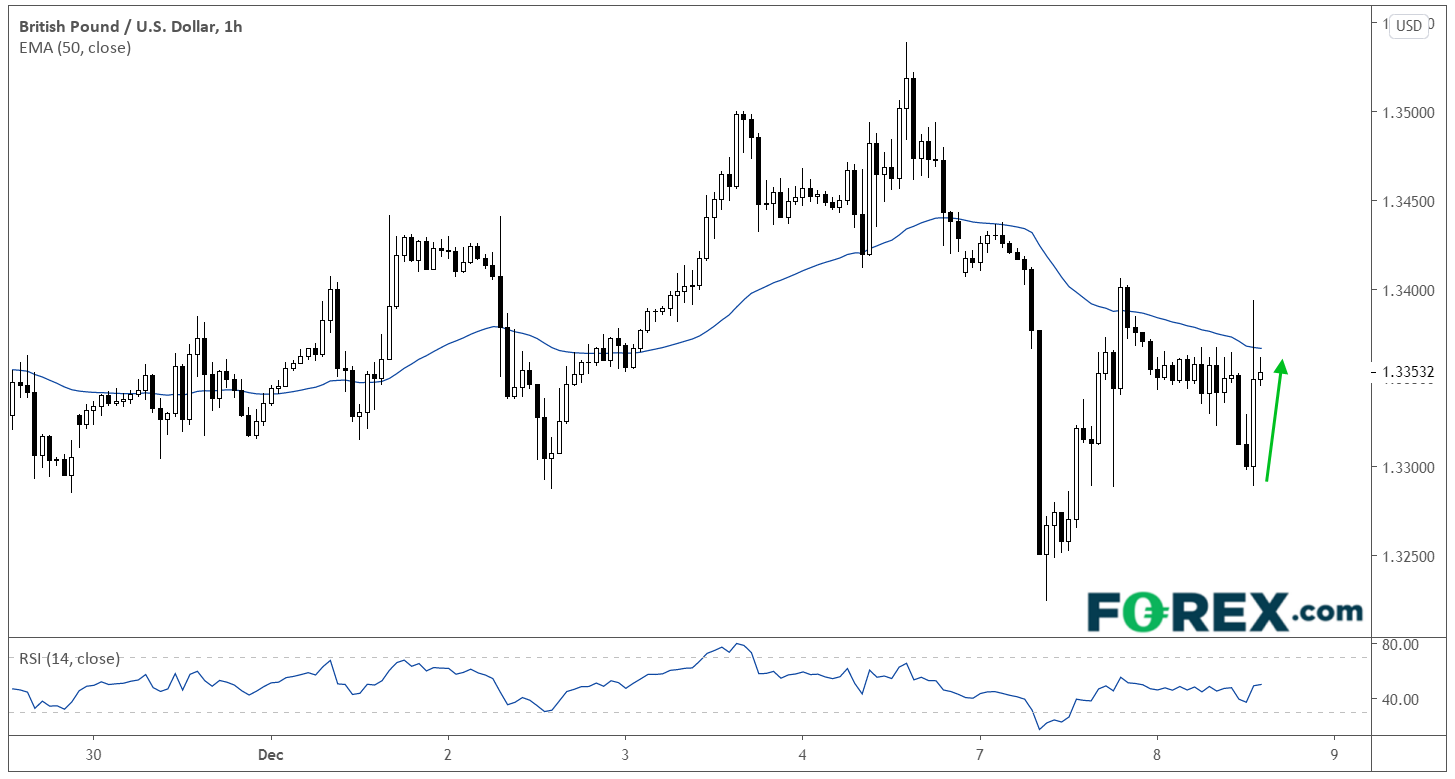 Taking a step back, the pair is still consolidating below its 18-month highs in the 1.3500-50 zone, and it will likely take a Brexit trade deal to break through this key resistance area. With UK Prime Minister Boris Johnson set to travel to Brussels to discuss the thorniest issues (level playing field, governance and fisheries) later this week, headline watching and volatility will remain the name of the game for GBP/USD.