The Australian dollar has recorded small gains in Tuesday trade. Currently, is trading at 0.7349, up 0.08% on the day.

As widely expected, the of Australia remained on the sidelines at its final policy meeting of the year. After a busy November meeting, the central bank stayed in neutral gear this time around, as it monitors the effects of its most recent easing moves. At the November meeting, policymakers trimmed rates from 0.25% to 0.10%, and also implemented QE for the first time ever, announcing purchases of A$100 billion in government bonds over the next six months. Since November, Australia’s numbers have shown some improvement, in particular, on the labor front. The economy created 178.5 thousand jobs in October, well above expectations. Job creation has looked sharp, with readings above the 100-thousand level in three of the past four releases.

In the New Year, the RBA is expected to focus on fiscal policy rather than monetary policy. This means that investors can breathe easier, as the possibility of negative rates or even a zero rate appears to have been shelved. This is good news for the Australian dollar, as a further cut in rates would make the currency less attractive to investors.

With the RBA decision behind us, market focus will shift to another major event on Wednesday, GDP (00:30 GMT). The economy contracted by 7.0% in the second quarter, as Covid-19 was the catalyst behind a sharp economic downturn. Many major economies have seen double-digit rebounds in third-quarter growth, as health restrictions have been relaxed. However, the forecast for Australia is quite modest, at 2.4%. Economic growth is not expected to recover to pre-pandemic levels until late in 2021, so it could be a long recovery ahead. 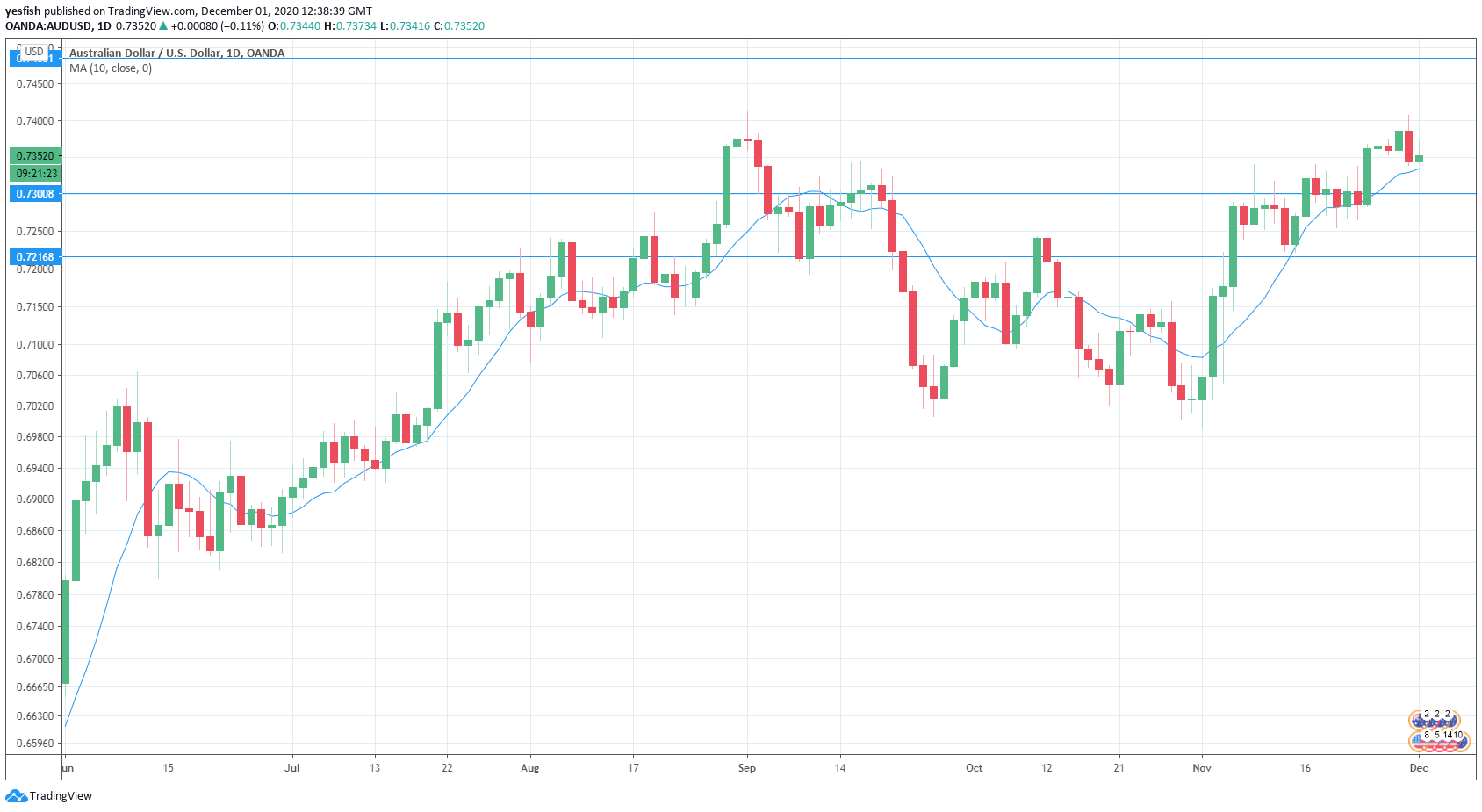 AUD/USD continues to range-trade this week, as the weekly support and resistance lines remain intact