The Australian dollar is in positive territory for a third straight day, as the currency trades above the 0.74 level. Currently, is trading at 0.7429, up 0.16% on the day.

Australia’s export sector is showing improvement, and this was reflected in October’s trade balance data. The trade surplus rose to A$7.46 billion, above expectations and hitting a 4-month high. Exports rose 5 percent, as global demand for Australian commodities increased. Australia’s economic recovery is benefiting from stronger demand from China, which is Australia’s largest trading partner. China’s PMIs continue to indicate expansion in both the services and manufacturing sectors, with reading well above the neutral 50-level. With the US and eurozone still grappling with the Covid-19 pandemic, China has stood out and has taken on the role of the locomotive leading the charge towards a global economic recovery.

There are strong indications that the Australian economy is on the path to recovery. The economy created 178.5 thousand jobs in October, defying the consensus estimate of -26.7 thousand. GDP rose 3.3% in the third quarter, which surpassed the forecast of 2.5 percent. The positive data has reinforced the belief that the RBA has shelved any plans for zero or negative rates, and has resorted to QE as an alternative monetary easing measure. The bank implemented QE for the first time at its November meeting, with purchases of A$100 billion in government bonds over the next six months. Earlier in the year, when the Australian economy was experiencing a severe downturn, the RBA had said that negative rates were on the table. The removal of this scenario is bullish for the Australian dollar, as negative rates would make the currency less attractive to investors. 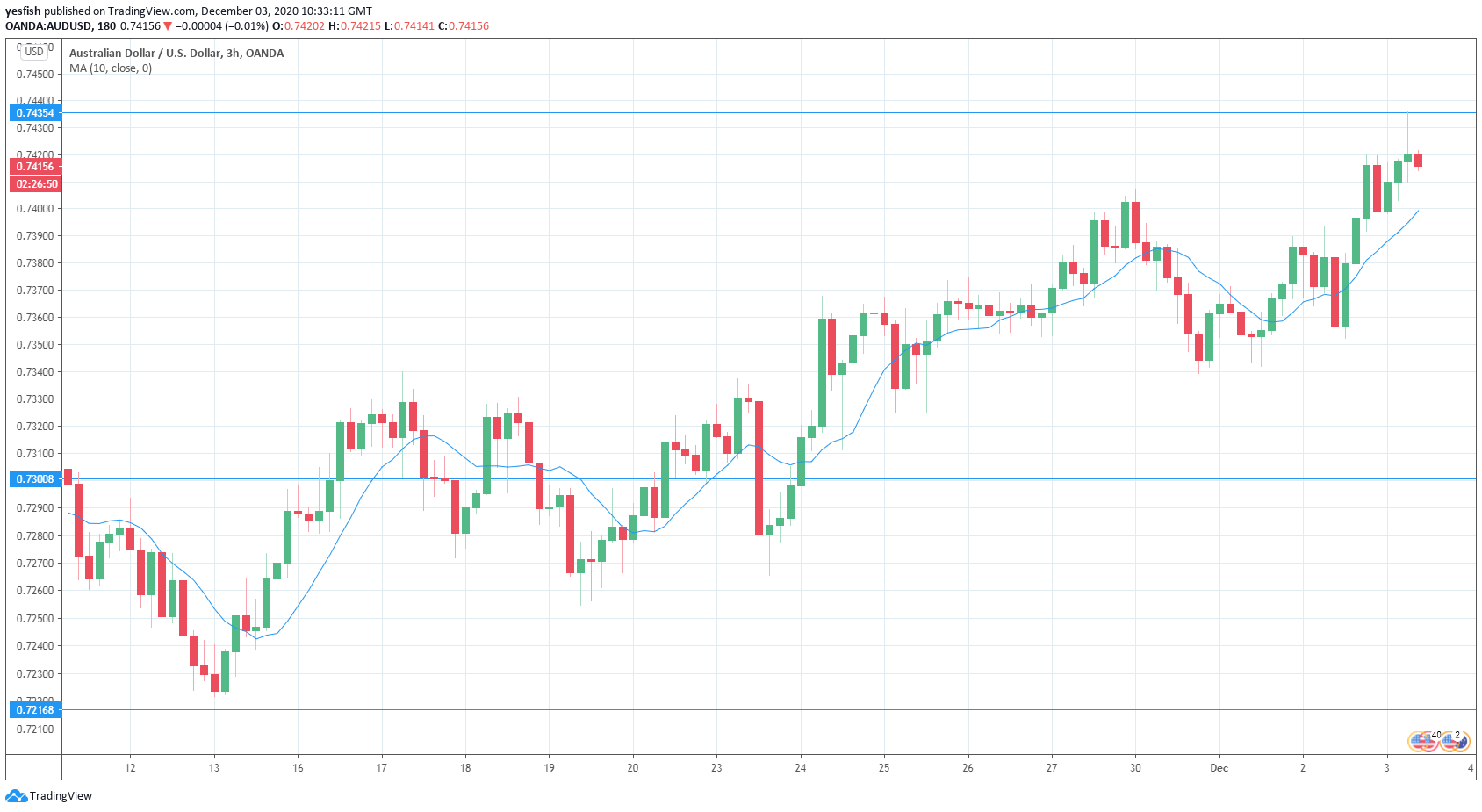